My yard is full of surprises. I was deadheading roses and noticed this Wooly Bear caterpillar. On a cabbage, what looked like detritus simply hopped away. It’s this garden variety of unannounced visitors that I welcome. What was absolutely terrifying was when a mystery object came crashing down from above!

Not a dead leaf.

It was a beautiful afternoon, and I sat down along the edge of the forsythia and other shrubs underneath our large oak tree.

I had sunflower seeds with me and Buster was out, so I fed him from my chair and  watched him run back to his burrow under the cover of brush between each feeding. He had just finished stuffing his cheeks after one such feeding, darted into the dense shrubs and then without warning, a light colored object came crashing down about a foot from where I was sitting and onto the shrubs where he had just entered! The bushes shook violently and Buster let out a bunch of cries! I shrieked!

Had a bird of prey swooped down and attacked him? What was happening? I had to save him!

The shrubs stopped moving back and forth and I heard a few low “cluck cluck cluck” sounds from Buster, and then silence.

Was he mortally wounded? Where was the bird that had attacked him? When I pulled aside the brush all I could see was a network of skinny branches.

I ran to the edge of the shrubs and entered from behind and made my way to where the attack occurred. I cried out for Buster over and over. 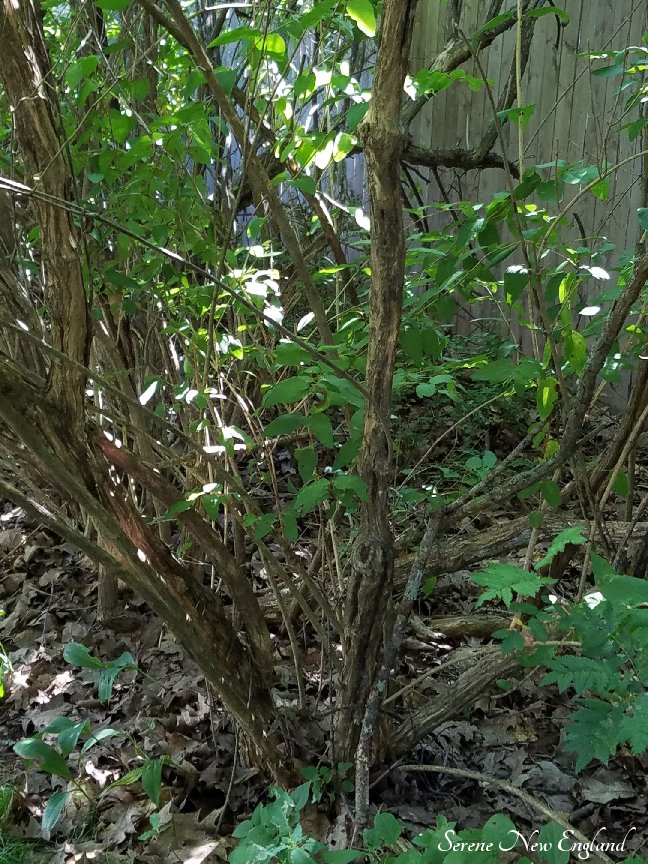 There was only silence and no sign of him in the dead leaves or on the branches. I walked out feeling shaken, sad and shocked.

What was it that came from the sky? I hadn’t noticed any birds nearby, and if it had been a hawk or other bird, reason would have it that I would have seen it fly away or trapped in the branches.

Helplessly I sat down and kept watch for Buster, and called out his name every few minutes. I walked by his burrow and the scene of the crash with seeds, hoping to coax him out. Was he really gone, truly out of the blue with a stroke of whizzing light?

I sat outside for an hour and called his name every few minutes. Nothing.

I called Wayne at work and tried to explain what had happened and that Buster might be dead. I felt responsible because I wasn’t able to protect him! He told me he had a feeling he would be OK since I did hear him making those few “clucks” after the attack.

Another hour went by. No Buster. Wayne came home from work and I cried as I told him that he was still missing. We tried to figure out what had happened. When we agreed that it was unlikely a bird, I thought of all the overhead branches.

The squirrels, besides living in the tree, were constantly watching me feed Buster and Claude, and prior to them, Wishy and Chippie. Often they were stealthy and quiet, other times not so much when they are outright bullies to the chipmunks.

The most plausible explanation is that a squirrel had fallen from the tree and onto the bush and then ran away once it was on the ground. Buster’s cries could have simply been fear at the sudden ambush. I felt hopeful and went back outside to his lilac bush.

And there was a very shaken little Buster, sitting hunched over. He appeared to be trembling.

I felt so relieved and happy! I called him over, he came to me but then immediately bolted back to the lilac bush. He came over again but then did the same thing. He was obviously traumatized and I hoped in time he would go back to normal chipmunk hypervigilance. Because I’m no stranger to trauma and hypervigilance, I explained to him what had happened and what he felt was normal. Of course he had no idea what I was saying, but I hoped my soothing tone would help calm him. I do know that it helped me to offer my little friend human/creature comfort. 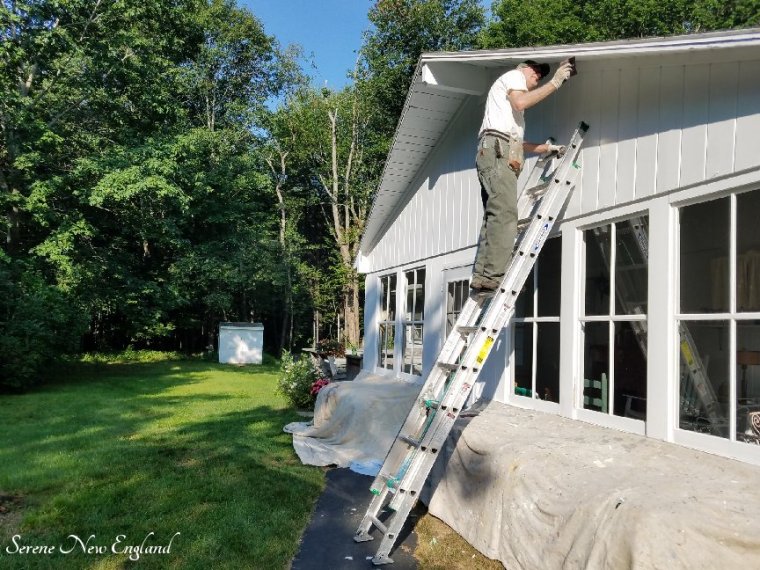 The next day Wayne scraped and painted the front of our sunroom and shingles by the deck. I sat out on a chair relaxing as he worked. (Some things in life aren’t fair, right?) 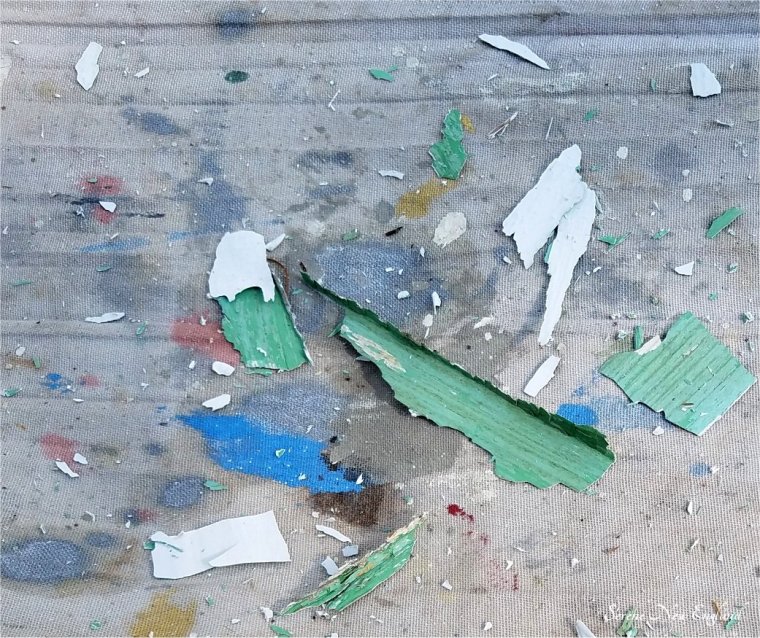 Paint chips of different colors fell on the drop cloth offering glimpses into the colorful past of our 1950s home.

I was in for another unexpected drop-in.

Buster had, without warning or my noticing him approach me, jumped up on the back of my chair! I screamed and then laughed once I realized that it was Buster and not another circus drop-out. Poor Buster was frightened off by my scream, but he returned not long after. I let him have some seeds and take my place to watch Wayne work.

4 thoughts on “A Brush With Death and Paint”