If you’re not from Maine, you might think the above photo is of a homemade Mounds candy bar, and you’d probably be shocked to learn that they contain mashed potatoes in the coconut centers! You’re looking at a delicious traditional Maine candy called “Needhams” which have also historically been called “potato candy” or “potato fudge”. However, if you are from Maine and familiar with Needhams you may be surprised to discover that the modern version has gone far astray from yesterday’s healthier and more wholesome homemade versions dating as far back as 1924.

Just like many modernized foods in America, current recipes generally contain twice as much sugar, double the chocolate, more added fat and call for shortening instead of butter. It was a dark chocolate day in Needhams history when, in 1969, the beloved Maine classic cookbook author Marjorie Standish instructed people to add 1/2 “cake” of  indigestible paraffin wax to the dipping chocolate in her recipe for “Best Needhams”. This seems to be the first time it appeared in any related recipe. Some people are still promoting that as a necessary, desirable and an original old-timey ingredient in their online recipes. (It’s supposed to add extra gloss to the chocolate, as if that’s necessary!) I own both of Standish’s cookbooks and she is the real deal (see her “baconized cornbread” recipe) but no one is perfect; not even food legends. 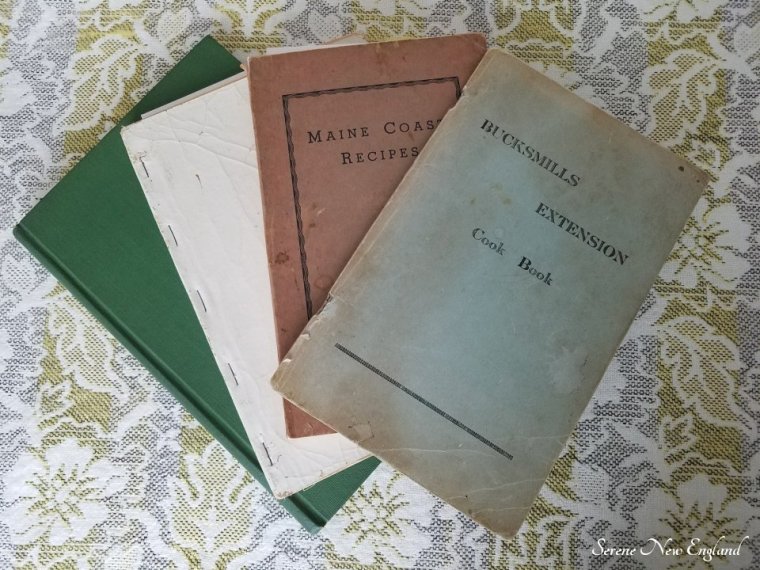 The inspiration for my own kitchen-tested Needhams came from six different recipes in Maine community cook books dating from 1924 – 1957. What they all have in common is that include a mashed “medium sized” Maine potato, a ratio of/close to one part sugar to one part shredded coconut, and a thin layer of melted chocolate poured on top. In the one recipe that called for dipping which is dated 1924 and is called “Needhams” and not “potato candy” or “potato fudge”, the chocolate is enough to only coat a small portion of the potato coconut filling. One recipe specifically stated to use unsweetened chocolate on top.

I kitchen-tested many variations over the past couple of years. I learned that if you add the potato while it’s still hot it will melt the powdered sugar and make a sloppy mess with a pasty filling. The goal is to keep it fluffy. If you want to dip them into chocolate and have full chocolate coverage than you need to use more than the couple of ounces of chocolate called for in the earliest recipes.

How about a recipe that is true to the original spirit of Needhams– wholesome, simple ingredients in moderation yet still offers the decadence of a full chocolate bath? That’s what I was seeking and here is my own recipe that I offer to you! 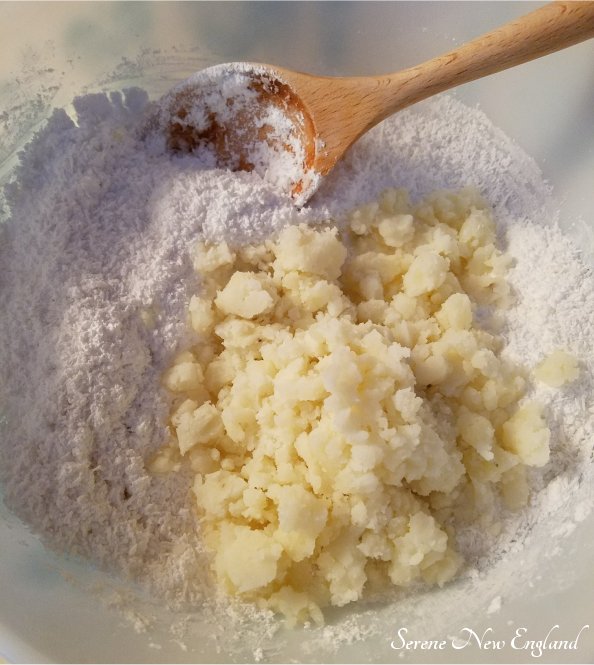 In a large mixing bowl combine the coconut and sugar. Add the mashed potatoes.

With a large spoon combine the three ingredients. 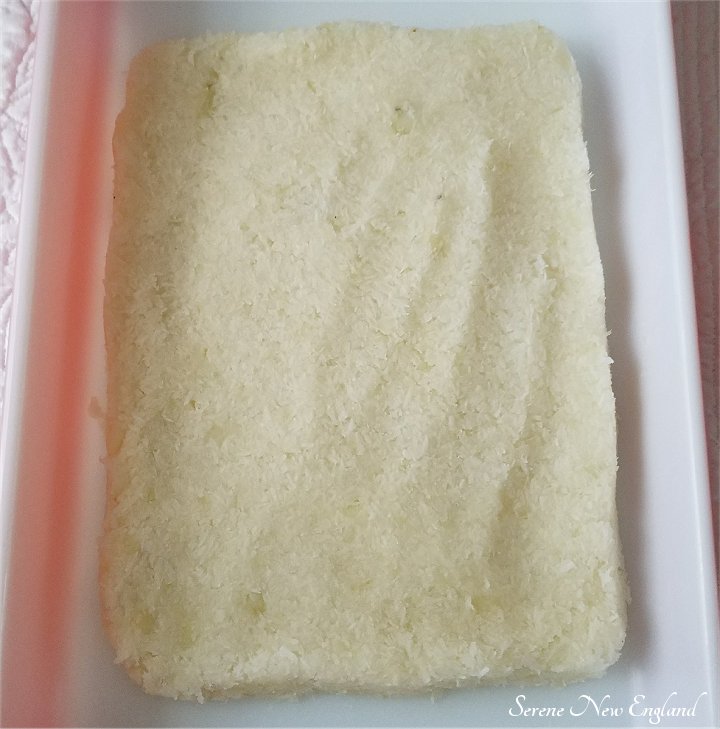 In a greased pan place the filling in the center. With your large spoon or hands press it down and mold into a rectangle measuring 8″ x 6″ and 1/2″ thick. I like to leave space around the filling so that it’s easier to remove the outer pieces with a spatula without compressing them. Place the pan in the refrigerator for one hour. When cool, cut into 1.5″ squares.

With a fork dip each square into the chocolate and place on parchment paper until set. Once cooled cut away excess chocolate with a sharp knife, serve and enjoy! My recipe makes 32 pieces.

Store your Needhams in the refrigerator covered. I’m not sure how long they will keep fresh because they usually don’t last very long!

For reference, here is Marjorie Standish’s copyrighted 1969 recipe that many modern day versions use as their basis. Again, it was a deviation from the more traditional Needhams recipes that called for the use of butter, less chocolate and far less sugar. Plus, added paraffin. Yikes.