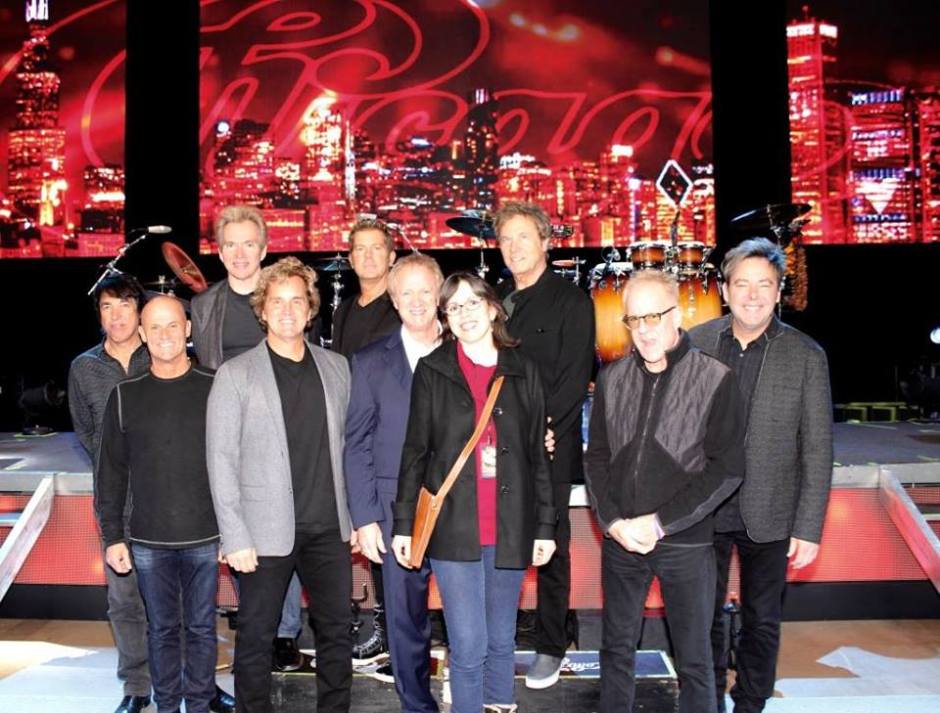 Wayne and I scored free tickets to see Chicago perform in Portland this June! It will be the third time I’m seeing them in Maine. I want to thank DJ Mike Dow for the tickets we won, whom I originally met at my first Chicago concert in Bangor. It was such a special time for me that I want to share it with you here! The photo above is from when I saw them a few years ago in Portland.

(Originally posted on my former blog, Outdated By Design in 2013) My favorite era for music is the 60s and 70s, and one of the bands I’ve loved for almost all my life (I was born in 1967) is Chicago. I enjoyed their music as a very small child at home (vinyl) and on the radio. My father has seen them live five times! But the connection for me has always been the beautiful melodies, incredible instrumentals, brilliant song writing and heartfelt vocals.

A couple of weeks ago Chicago posted the Onion article: ChicagoTheBand.com The Most Visited Site on the Internet to their Facebook page. Comments like these ensured:

Ummmm….you know this is an article from The Onion, right? Parody & satire.

Not that I want to burst any bubbles, but The Onion is a satirical news website.

Not long after that I saw that little red notification that Chicago has replied to the thread and then I saw this:

WHAT?!?! Was my first reaction. It’s not like they were having a contest! Stuff like that just doesn’t happen. I didn’t trust it, although snark isn’t Chicago’s shtick. I proceeded cautiously, wrote “OMG!” and sent a message. I received a quick reply asking me to contact them via email which I immediately did. While waiting for a response it occurred to me that they may not even be playing near me any time soon, so I checked the tour dates. They were going to be playing in Bangor, Maine, two hours away from me, in a couple of weeks!! That would be the second of a whole series of OMG! moments. Let’s fast track to one of the most wonderful and magical nights of my life: They gave me a seat front and center!

During the meet and greet I asked Robert Lamm if I could stand next to him. He held my arm and said: “You’re the star here.” I also had a brief yet meaningful chat with Lee Loughnane about sobriety since he, too is in recovery. I let him know I was approaching a big anniversary.

When I arrived at my seat, the best in the house, I was questioned by a fellow who told me that it couldn’t be my seat. I assured him it was.

“Are you sure?” he asked, but was really telling me no way is this your seat with hints of getting ready to call security.

“I’m sure of it. Excuse me, I’d like to sit,” I said with hints I was getting ready to call security.

I turned to the lovely lady seated next to me and asked: “What’s with that guy?”

“Oh. What’s with your husband?”

Turns out that the other VIPs were media reps, DJs and radio contest winners whereas I was there because Chicago liked something I said. (If you ask me, that’s the best!) Despite the “greeting” from Ryan Cote I really enjoyed chatting with him and his wife. Ryan explained that there are people who try to scam their way into the front seats to which I replied: “So you think I look like a scammer, huh?!” It was all very good-natured ribbing and I couldn’t have had better people to be seated next to on my right. In fact Ryan really made me smile when Chicago played “Old Days” and he pointed to me and said that’s about me because he got how much I love vintage. Also seated with them was Mike Dow, who is old school cool, polite, charming and full of class.

To my left was husband and wife team Christopher and Ann Joles of Maine Music News. Christopher and I chatted about his awesome job as rock star photographer and all of the celebrities he’s met over the years.

But the best part of course was Chicago: 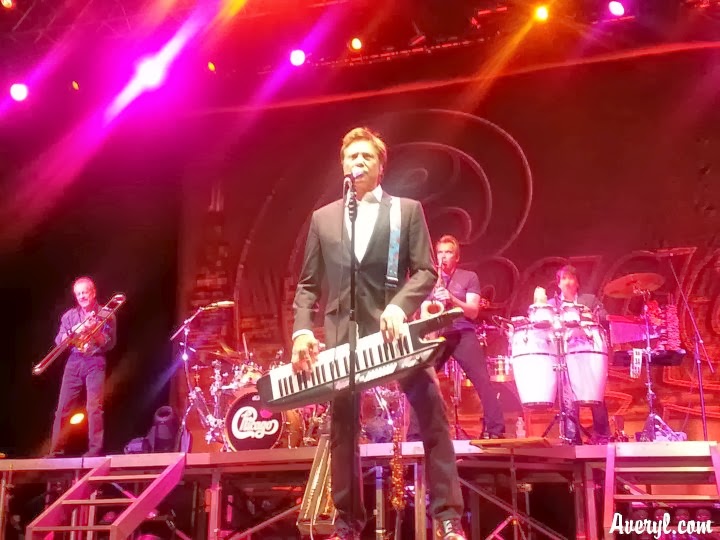 Their performance was nothing short of spectacular! Their wide scope of emotions in their music was evident whether rocking the house with people rushing the stage, or giving me goosebumps when they performed “Beginnings.” Two personal highlights for me was when, on stage, Lee waved to me, mouthed the words “happy anniversary” and also when I pointed at Robert and he smiled and pointed back at me.

I am so grateful for the kindness of both Chicago and their staff for giving me a magical night, all because of something I said in their defense, a band that needs no defending and whom has given me so much already.

Since I wrote that in 2013, in addition to recently winning tickets last week (thank you again, Mike!) I also want to thank a couple of friends (who read here) who gifted me Chicago-related items: To my friend Scott, who surprised me with numerous vintage Chicago albums, and my friend across the pond who sent me a very special piece of Chicago memorabilia: What you probably didn’t know is that during a very disturbing, painful and chaotic childhood the music of Chicago was very comforting to me. It helped save me. Your unsolicited gifts have meant so much because of that. Thank you.

4 thoughts on “I Won Tickets To See Chicago in Portland!”

Simple Living New England ™ (formerly Serene New England) © Averyl Hill and Hillstock, LLC. Images may not be reproduced or used without prior written permission and payment of fee. Content is provided for informational purposes only. Side effects may include increased joy and reduced spending. WordPress Privacy & Cookie Policy: https://automattic.com/cookies