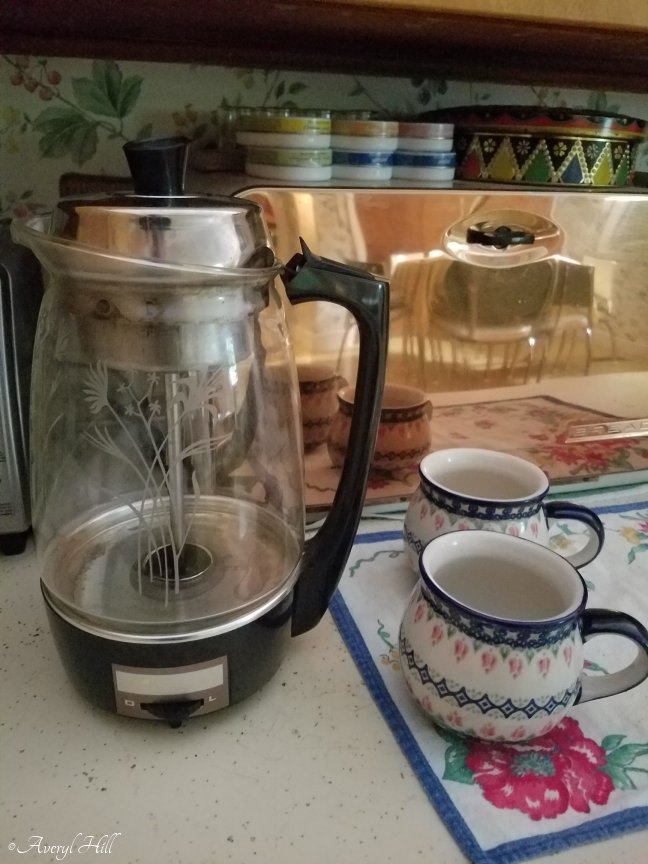 I purchased the vintage 1950s percolator above new in the box at a rummage sale three summers ago for $1 and I’ve made wonderful coffee in it every morning since. It’s a relic from an era when things were made to last. Now planned obsolescence is part of our consumer economy over which we have little control forcing us to spend and trash, spend and trash.

Most recently I had to buy a new computer (and may have to upgrade my Office for an annual subscription fee of $70 [you can’t just buy Office 365], subject to price increases, of course). When I bought my house ten years ago the wall oven died shortly thereafter because a computer component malfunctioned and they stopped manufacturing the replacement. The entire oven was therefore trash. My washing machine stopped functioning properly a few years ago, and that, too, was due to a computer part that was no longer available. The replacement cost for both combined was about $2,000, all due to planned obsolescence.

When it’s possible to not pay into “the cost of living in today’s world” I’m on it! Here are some recent examples: 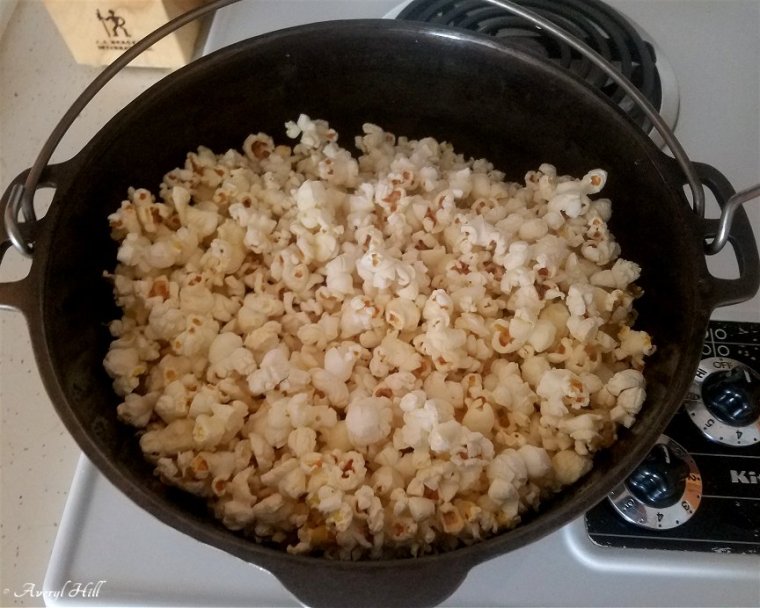 My popcorn maker died last week after only a couple of years usage, and that was after the same had happened to the previous model and so on. Sure, I can get a new one for only $30 which isn’t that steep, but why spend $30 every two years and generate more garbage if I don’t need to do it? I now use my old Wagner cast iron dutch oven with a clear glass lid and pop my corn on the stovetop. It’s delicious, easy and gives my arms a good mini workout when I shuffle it back and forth (wearing mitts) over the burner. In case you want to try it I use three ounces of popcorn and two tablespoons of sunflower oil over medium high heat.

Incidentally when I first started using cast iron almost exclusively I had a very hard time with it but now it all seems relatively lightweight to me. Old school cooking = toned arms.

Two weeks ago while whipping cream with my KitchenAid mixer which I used only for that purpose, so maybe a dozen uses from when I bought it new two years ago, the motor died. I did buy a $22 replacement, but not an electrical one: a rotary hand mixer. Do I have the stamina to whip cream manually? I’ll find out! If not, #goals.

I have a little canister vacuum that works well on my floors but, because it lacks a rolling brush, it doesn’t pick everything up on my carpet in the living room and bedroom. Because of that I had purchased an upright Hoover vacuum a few years ago for use on the carpets. It worked well until it didn’t which was earlier this summer. I looked into buying a replacement from a different company, thought I had found one until I read buried in the user manual that the two filters inside of it were not washable and had to be replaced each time at the cost of about $15 each. Crazy! Reading reviews of others priced no more than $200 revealed too many reports (verified purchases on Amazon, too) of things breaking down after a matter of months. 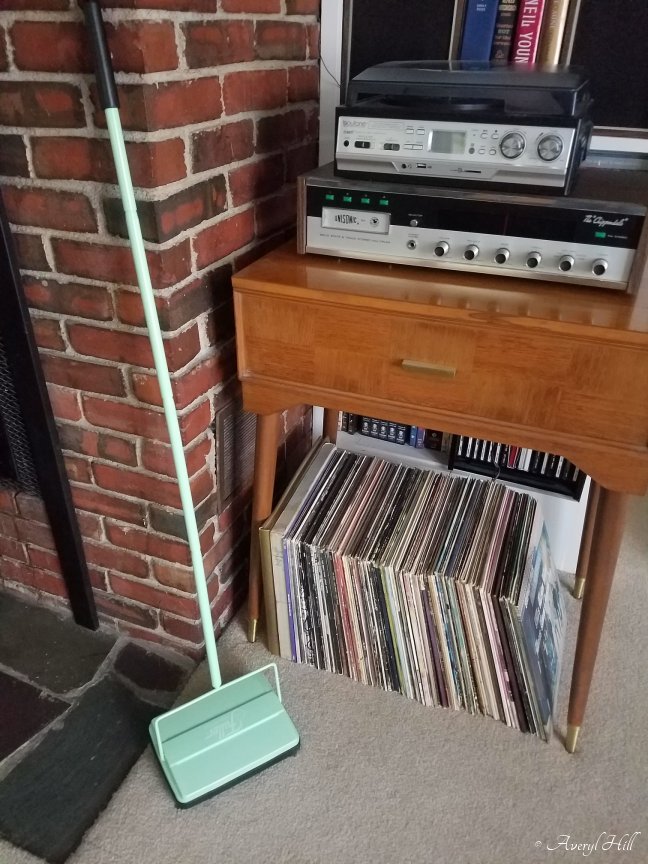 Instead of buying a new vacuum I purchased a sturdy metal Fuller brush manual carpet sweeper for $60 that I now use in conjunction with my canister vac. The sweeper has been doing a good job so far with picking up what the canister vac doesn’t. Then I simply use my vacuum to clean it out. If this doesn’t work in the long run, I’m wondering if buying a Dyson is worth the price? I would love feedback from anyone who owns one. It looks like their warranty is valid for five years which in today’s world may seem like forever where most come with only one year, but to an old school frugal girl like me, I don’t want to spend $500 for only five years.

Anyone else reading have “bad luck” with modern appliances??

16 thoughts on “Opting Out From Planned Obsolescence”