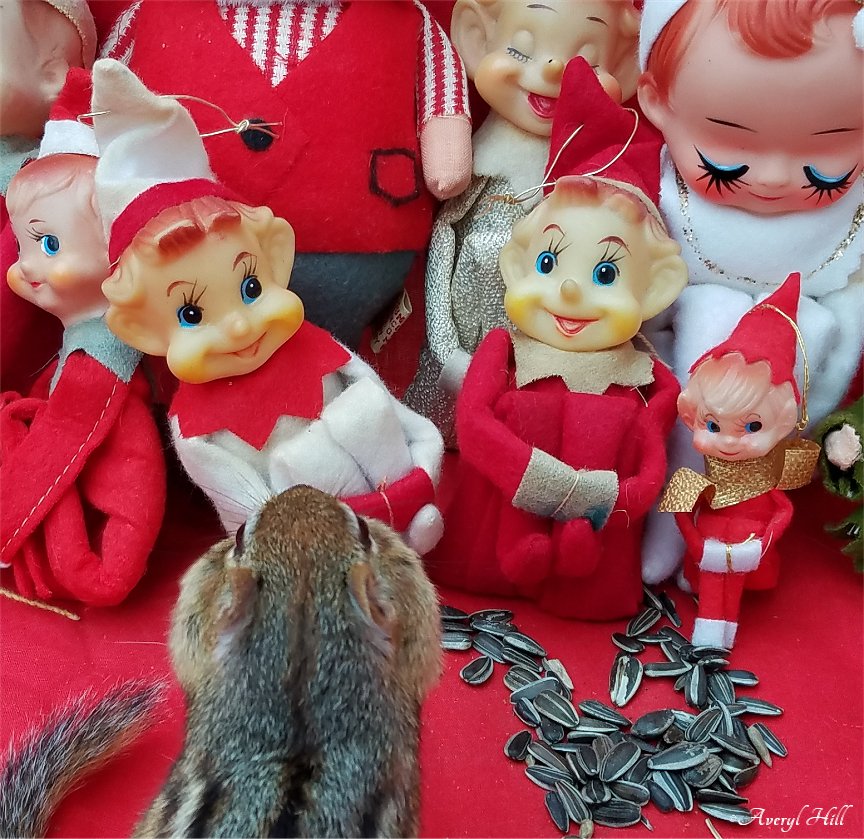 I looked outside my window at 6:50 a.m. this morning and saw Cider who also saw me. He gets very animated when we make eye contact. It was going to start raining the next hour followed by at least two days of a mix of snow and ice. I knew it might be my only chance to get my Christmas card photo before he went underground until spring!

It can be challenging working with non-traditional models. You can’t make an appointment with them for a photo shoot because it’s on their terms and timeline. They will NOT work for free. You will have to pay the talent in seed currency as you go, no exceptions.

Although I had just dressed and my hair was still wet I ran outside with my vintage Christmas photo props and jar of seeds. I didn’t even pause to put on a coat despite it being 40 degrees.

Cider is a natural! He put up no fuss whatsoever if I gently moved his tail so that it was in the photo. He was an incredibly good sport working with the different props. What do think he made of all of those 1950s knee-hugger elves? (I had purchased a gigantic collection of them at the flea market many years ago for pennies each.) I was giggling so much I didn’t even feel cold. I took over one hundred photos and am so excited that I did get that one perfect photo that will be on this year’s card.  All of that before the workday began.

I’ll do the big reveal around Christmas and will include other adorable captures!