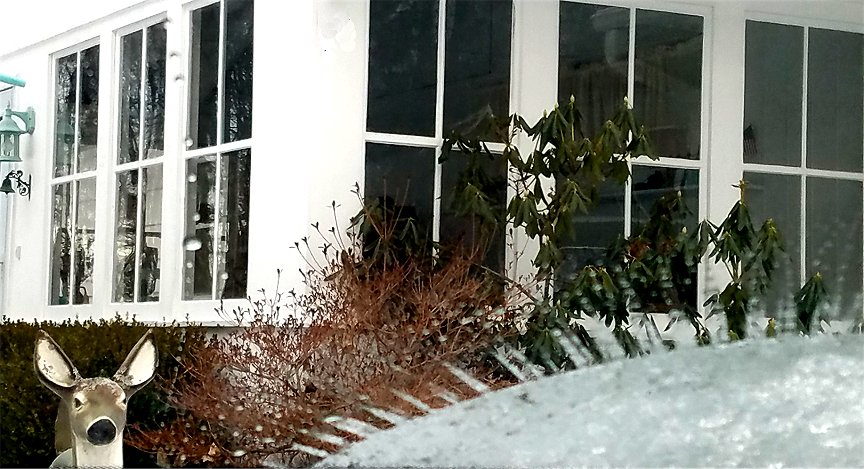 This morning when I got into my car I noticed that the condensation on my windshield looked like a rising icy sun with warming rays. When I returned home I heard a bird singing and a chipmunk calling as I started walking towards my sunroom doorway. The mysterious chipmunk who made a brief appearance yesterday morning for Groundhog Day must have returned but I couldn’t see it.

It immediately came out from under the deck and jumped on the deck railing.

It’s not Buster, Sunny or Ricky. I think it’s likely Cider since his burrow isn’t buried under snow but I couldn’t get a close enough look at its ear for the telltale marking. 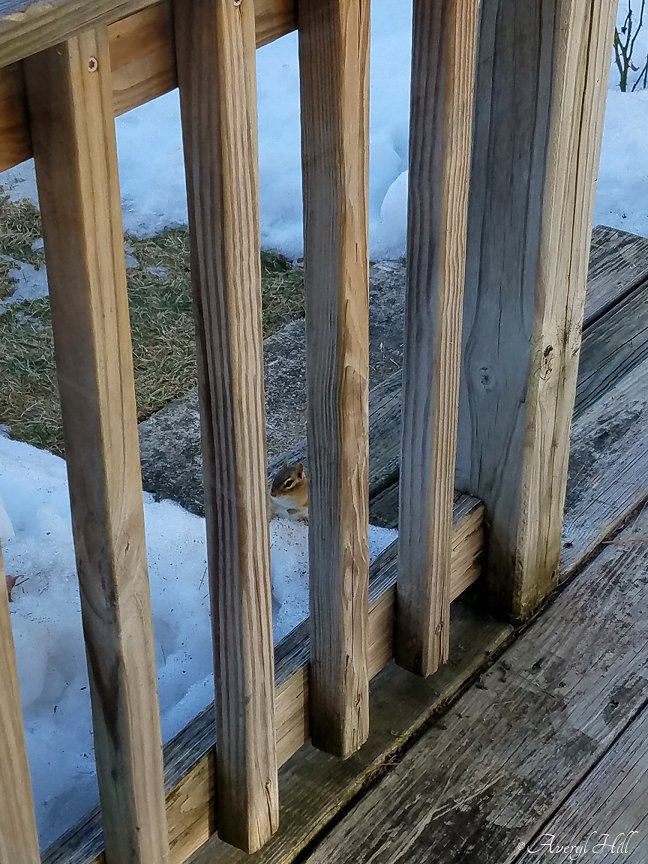 This chipmunk wasn’t interested in seeds; only playing peek-a-boo…

Standing on its tippy-toes on the snow…

And taking in the whole early February scene.

I went inside and watched as the chipmunk ran back and forth through the brush by the fence in my yard, had a brief tussle with a gray squirrel before returning to the deck rail to hang out in the sunshine outside my office window. ❤

Update: It’s Cider! I can see the telltale tiny hole in his ear in the above pic!